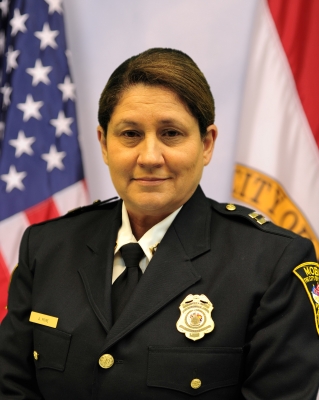 Welcome to the Third Precinct

The Third Precinct is commanded by Captain Angela Prine and is located at 2165 St. Stephens Road. It is home to very diverse neighborhoods including the Springdale Mall area, the Alabama State Docks, and a large residential area of Midtown.

About the Third Precinct Commander

Captain Angela Prine is a United States Marine Corp veteran. She joined the Mobile Police Department in December 1990. After graduating from the Mobile Police Academy, Captain Prine was assigned to the Ranger Unit. She has also worked in Field Operations as a patrol officer and as an enhanced neighborhood policing officer alongside the Family Intervention Team and Strickland Juvenile Probation Officers.

Additionally, Captain Prine has served in major crimes to include the Domestic Violence Detail, Assaults and Sex Crimes Detail and the Homicide Unit. She has also held supervisory positions in the Financial Crimes Detail, Ranger Unit, General Investigations Detail, Impound Detail and was a patrol shift commander in the First Precinct and Second Precinct. During these assignments, Captain Prine was recognized for her hard work and received several Excellence Police Duty Awards and a Chief's Unit Award.

Captain Prine holds a bachelor's degree in criminal justice administration and a master's degree in psychology.

Receive the latest crime stats for your area. Sign up for Captain Prine's weekly e-newsletter.

Thanks for signing up!