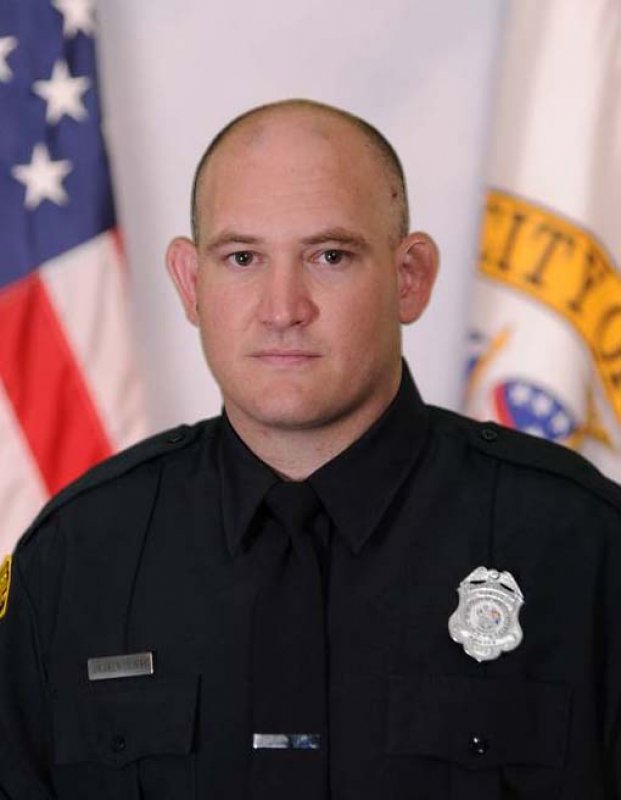 The Mobile Police Department has named James Stewart the Officer of the Month for August 2021. Joining the force in March 2019, Stewart is assigned to patrol in the First Precinct. He is commended for locating a robbery suspect in an abandoned house, assisting with taking a kidnapper into custody, and apprehending a shooting suspect, wanted by the Daphne Police Department.

During the month, Stewart responded to 98 calls for service and 51 backings. He made 24 felony and 21 misdemeanor arrests and wrote two traffic citations. Here are a few of those notable accomplishments.

On August 12, 2021, Stewart, his backing officers, and a Real Time Crime Center officer received information on the whereabouts of a robbery suspect. He was living in an abandoned house on Victory Court. Stewart knocked on the door as the other officers surrounded the house. After a brief confrontation with the suspect, he was taken into custody and charged with robbery first degree.

Later that morning, Stewart received a Be on the Look Out (bolo) bulletin, regarding a kidnapping, that had been issued on a silver Toyota Tacoma with a Texas tag. He spotted the vehicle traveling northbound on I-65 at Moffett Road. Stewart and backing officers along with the officers from the Chickasaw Police Department conducted the felony stop on the vehicle at I-65 and Exit 13 and found two children inside. The suspect was taken into custody. The children were released to DHR.

On August 13, 2021, at approximately 2:33 p.m., a bolo was issued in reference to a shooting suspect out of the Daphne Police Department. Based on information received, the suspect, driving a black Nissan Rogue, was possibly seen in Mobile. Stewart located the vehicle driving westbound on Prichard Avenue.

He followed the vehicle to Luvenia Drive. Stewart exited his vehicle, drew his pistol, and gave commands for the suspect to put his hands out of the window. The suspect complied. Stewart then had the suspect to exit his vehicle. He held him at gunpoint until backup arrived.