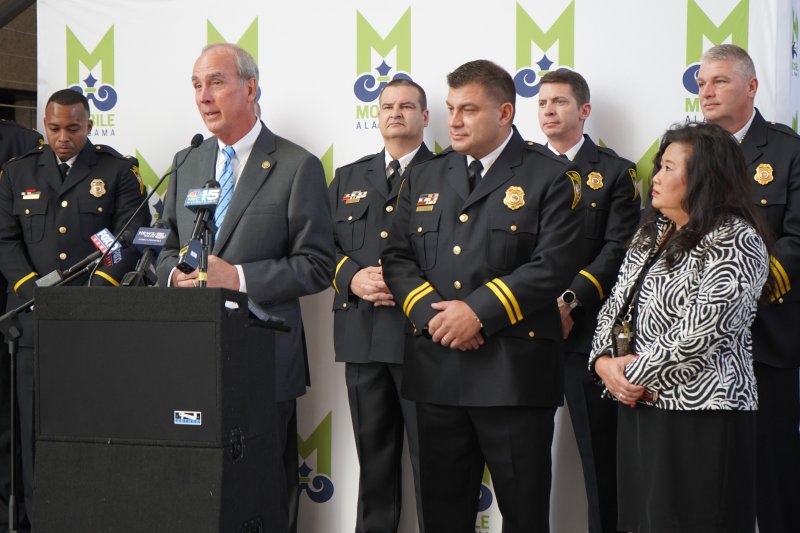 Mayor Sandy Stimpson has appointed Major Paul O. Prine as the next police chief for the City of Mobile.

Major Prine was born and raised in Prichard, Alabama and graduated in 1990 from C.F. Vigor High School. He is married to Kay Sayasane Prine of 26 years and has three beautiful children. He attends Calvary Temple Assembly of God Church and teaches Wednesday night bible study.

He has more than 26 years of experience and started his law enforcement career with the Chickasaw Police Department in 1995. He was accepted into the Mobile Police Academy in 1997 whereby he graduated at the top of his class earning the Academic Award, The Chief’s Overall Excellence Award, and was nominated by his peers to be the class president. In October 2001, he responded to a domestic call where he was shot multiple times, in the line-of-duty, with life-threatening injuries. After returning to duty, he subsequently earned his bachelor’s degree in Business Administration and a Graduate Degree in Criminal Justice.

Major Prine has served in many areas of the Department to include Patrol Services, Ranger Unit-Public Housing-Community Patrol, Criminal Investigations, FBI Violent Crimes Task Force, Major Crimes Unit, Narcotics and Vice Unit, the Mobile County Drug Task Force (Gulf Coast H.I.D.T.A.), and Field Operations. He was promoted to the rank of Captain in October 2013 whereby he assumed command of Precinct Three. In October 2020, he was promoted to the rank of Major where he currently commands the Field Operations Division. Major Prine has earned many accolades in his career to include the Chief’s Unit Award(s), Chief’s Unit Award(s), Chief’s Commendation, Commander Citation, Excellent Police Duty, Law Enforcement Commendation Medal, Wounded-in-Service, and the Distinguished Service Award.

Homicide Investigation on the 300 block of Weinacker Avenue