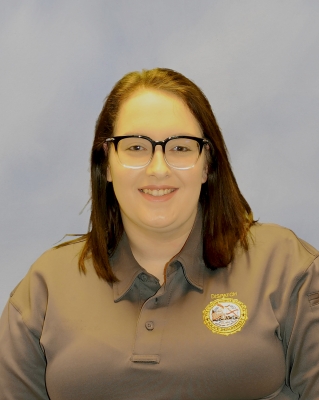 The Mobile Police Department has named Alice Jenny Woodard the Civilian Employee of the Month for March 2022. Starting in the Communications Unit February 2020, Woodard is a public safety dispatcher. She is recognized for her role in helping to take a violent criminal off the streets.

On March 18, 2022, Woodard was assigned to dispatch on Precinct 1. However, during the breaks she was responsible for patching channels one and three. While channels were patched, Woodard received a reckless driving and disorderly complaint at the Federal Office Building, 109 St. Joseph Street. The call was in reference to the suspect going the wrong way on St. Joseph Street and as a result was blocking traffic. It was reported that the suspect was cursing about a judge.

An officer was dispatched at 1:58 p.m. and arrived on scene less than a minute later. The officer attempted to get the suspect to pull over but he kept going. A vehicle pursuit ensued. In many instances the radio traffic was garbled and less than ideal, but Woodard did an excellent job at deciphering the information.

At 2:21 p.m., Woodard experienced one of the worst things a dispatcher can encounter. Officers advised shots were being fired. They were in a gun fight and needed everybody to the location immediately. The stress level of all involved skyrocketed and the magnitude of the intensity of the situation increased exponentially with each passing second.

Once again, the suspect took off leading the officers into a pursuit. At 2:24 p.m., the suspect began shooting at officers again. The suspect then wrecked his vehicle in front of the Alabama Institute for the Deaf and Blind, 1050 Government Street. At that time, officers were able to take the suspect into custody.

Woodard’s teammates rallied behind her as they listened to the pursuit and what was being broadcast citywide. They worked together as a cohesive team to handle the situation, whether it was clarifying what the officers said, starting medical to various locations, or assisting with keeping a detailed written record in the chronology as the events unfolded.

According to her supervisor, Woodard has never been faced with a call of this magnitude and performed her job very well like a seasoned public safety dispatcher. She also received praised from the precinct captain and other ranked officers applauding her for how her calmness helped the situation.

Homicide Arrest on the 300 block of St. Charles Avenue