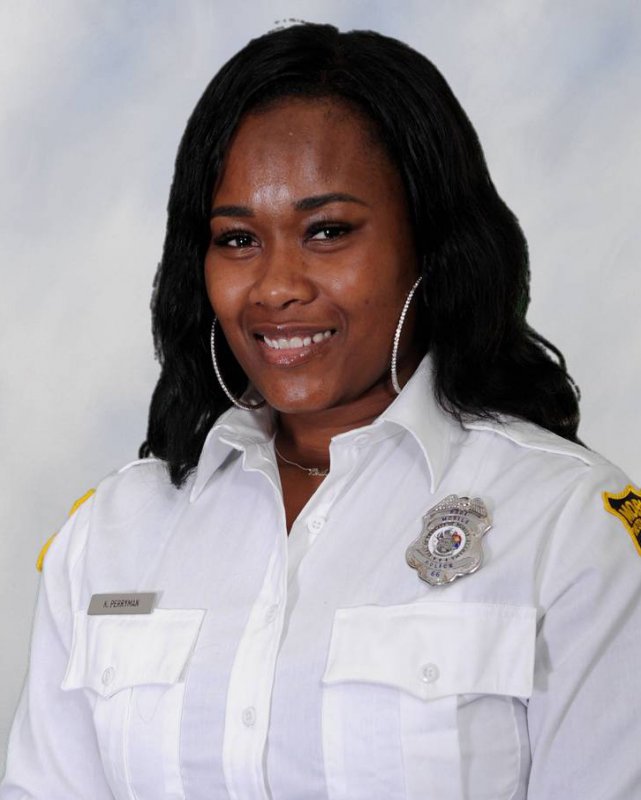 The Mobile Police Department has named Kindra Perryman Civilian Employee of the Month for April 2019. Perryman is a public safety dispatcher and has been with the department since May 2013. She is commended for her role to help officers capture most wanted criminal Tommy Goleman.

On April 19, 2019 at 7:28 a.m., Perryman received a call from the 2900 block of Blue Ridge Drive West in reference to a wanted suspect, Tommy Goleman, knocking at the complainant’s door. The suspect was involved in a vehicle pursuit the previous night and had fired shots at responding officers. A man hunt had taken place afterward but was unsuccessful. Perryman sprang into action and was able to dispatch officers 18 seconds after the call was received. As a result, the first unit was in the area after only four minutes had elapsed.

Perryman started multiple units to the location including the patrol sergeant and lieutenant. The suspect was fleeing on foot. Supervisors requested the K-9 Unit as well as the Cyber Unit equipped with drones. A perimeter was set up and a massive manhunt ensued. Perryman dispatched a plethora of officers to aid in flooding the area. She remained extremely calm and level headed. Her master dispatching skills prevailed.

At 8:31 a.m., at the request of the command staff, the channel was switched, meaning Perryman’s duties increased exponentially as she was tasked with keeping up with all the units on the channel. An incident command post was set up. Units from every precinct and specialized police units responded along with the U.S. Marshal Service, Mobile County Sheriff’s Office, Alabama State Troopers, and U.S. Coast Guard.

Due to the sheer size of the manhunt alone, the task of keeping up with all the units involved was a formidable task. The suspect was spotted numerous times which caused the perimeters to move. And, it was unknown if the suspect was still armed, thus posing a threat that he could possibly open fire on any unit at any time.

At 1:12 p.m., a lieutenant advised that the suspect had just stolen a vehicle at the 5900 block of Lindholm Drive South. Immediately, a unit fell in behind that vehicle and a high-speed vehicle pursuit ensued. Perryman called the pursuit and her voice never wavered.

At 1:19 p.m., the suspect bailed from the vehicle behind Homewood Suites on Airport Blvd. after taking out a street sign and hitting another vehicle, and then he ran into the woods. Once again, a foot pursuit ensued. Perryman remained stoically calm. The suspect was finally taken into custody at 1:22 p.m.

Even though Perryman’s role was daunting, she showed tremendous dedication as she chose to forego all her breaks, up until that point, to keep the continuity on the channel. Perryman is praised for her genuine care for all of the units involved as she was determined to see the situation through until the very end.