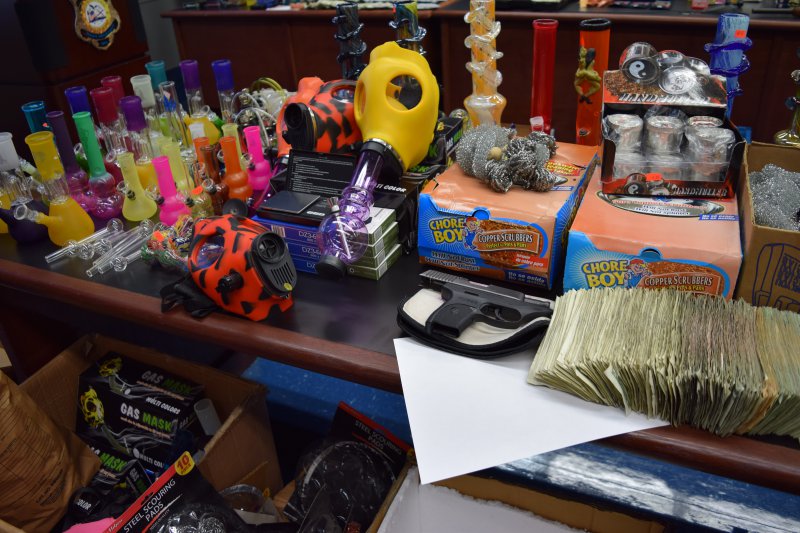 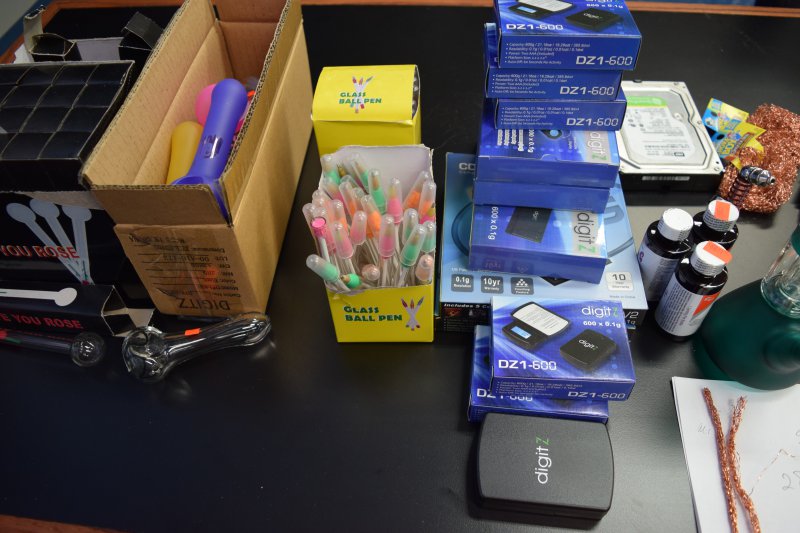 The Mobile Police Department Narcotics and Vice Unit executed search warrants Thursday morning, March 30, 2017 on 10 gas stations selling articles that when combined are used to smoke crack cocaine and other various drugs. The search warrant operation was conducted after a six-month long investigation.

Once inside the stores, officers secured all articles considered drug paraphernalia as well as all cash in the store. An enormous quantity of glass tube pens, glass pipes, brillo pads, digital scales, grinders, and gas masks were seized. The use of such items is for the packaging and ingesting of illegal narcotics. 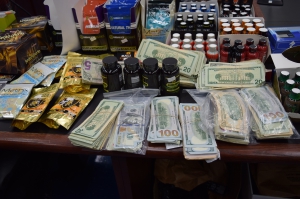 Freeze orders were obtained on bank accounts belonging to the stores and their owners. Approximately $245,893 in U.S. currency and $262,644.71 in frozen bank accounts, totaling 508,537.71, were seized. The investigation revealed that the stores were selling the drug paraphernalia and depositing the proceeds into their business accounts. Five secondary search warrants were conducted at the store owners’ homes.

Sixteen people were arrested, with a total of 29 misdemeanor arrests and one felony arrest. Two people will be deported.

It is the mission of the Narcotics and Vice Unit to eliminate drug trade and use in the community. Through undercover buys, the gas stations were found selling the articles necessary to use illegal drugs.

“We will not tolerate a business facilitating illegal drug activity by selling drug paraphernalia,” said Chief of Police James Barber. “Our efforts will curtail the ease of obtaining items needed to use crack cocaine.”

Search warrants were executed at the following gas stations.

Here are the names of those arrested and their charges.