This page is dedicated to the officers who gave their lives in the performance of their duties protecting the citizens of your city. Take a few moments to reflect and thank God that they were there for you.

Somebody killed a policeman today, and a part of America died. A piece of our country he swore to protect, will be buried with him at his side. The suspect that killed him will stand up in court, with counsel demanding his rights. While a young widowed mother must work for her kids, and spend many long, lonely nights. The beat that he worked was a battlefield too, just as if he'd gone off to war.

The flag of our nation will fly at half mast, to his name they will add a gold star. Yes, somebody killed a policeman today, in your town or mine. While we slept in comfort behind our locked doors, a cop put his life on the line, Now his ghost walks a beat on a dark city street and he stands at each rookies side. He answered the call, of himself gave his all, And A Part Of America Died. 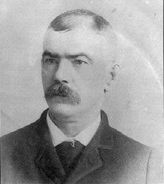 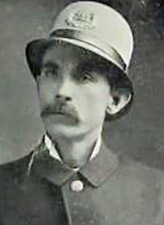 On December 30, 1903, at around 3 a.m., Officer Charles Haggerty was shot and killed by an unknown person on Royal Street near Conti Street, just two blocks from police headquarters. His killer was never identified according to available records. 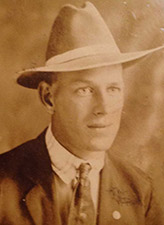 Police Officer James J. Shaw, age 28, was stabbed and killed on December 21, 1924, as he and several other officers investigated a burglary at a grocery store.

Officer Shaw has only served 18 months with the Mobile Police Department. 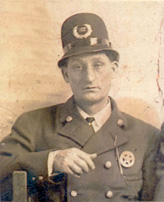 Police Officer Chris M. Dean was shot and killed early in the morning on January 22, 1926, as he was checking four suspicious men in his beat. Officer Dean suffered multiple gunshot wounds and was never able to draw his weapon. 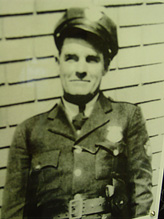 Motorcycle Traffic Officer W.F. (Happy) Murphy was shot and killed on October 18, 1929 at approximately 2 a.m. as he was checking a speeding automobile on Broad Street near Conti Street in downtown Mobile.

The suspect's vehicle was later found abandoned near Picayune, Mississippi. The automobile had been stolen in Jackson, Mississippi on October 17, 1929. 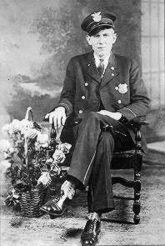 Police Officer Edward P. Deford was shot and wounded on October 30, 1935 as he and his partner were escorting non-union workers across the I.L.A. picket lines near the Port of Mobile. Officer Deford was a veteran of eight years with the Mobile Police Department. 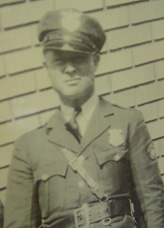 Motorcycle Traffic Officer Cody Bettis was struck and killed by an automobile, which broke through a military convoy that was being escorted through the City of Mobile on August 3, 1938 at 7 a.m.

Police Officer Ollie Mason was shot and killed on June 15, 1943 at 3:45 p.m. as he and his partner answered a domestic complaint on South Hamilton Street. 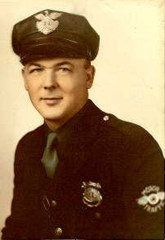 Motorcycle Traffic Officer Pierce Lee (Rudy) Reeves, 32, was killed instantly on September 24, 1944 when the motorcycle he was operating struck an open manhole on Virginia Street at Tuttle Avenue. 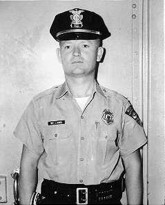 Traffic Officer Earl Royce Williams was struck and later died of injuries suffered in a hit and run collision, which occurred on June 21, 1968 on the Cochrane Causeway. 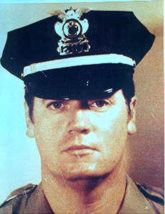 Motorcycle Traffic Officer Joseph P. Brunson was killed when the motorcycle he was operating left the road on Howell's Ferry Road and struck a mailbox post on May 15, 1975. 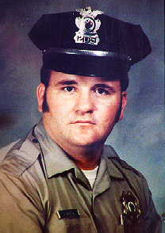 Police Officer Henry Johnny Booth was shot and killed on August 14, 1979 while attempting to arrest a wanted subject on an outstanding warrant. 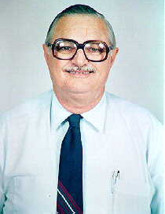 Juvenile Detective Julius Schulte was shot and killed as he answered a domestic complaint involving a missing child on April 18, 1985.

Detective Schulte was a 22-year veteran with the Mobile Police Department. 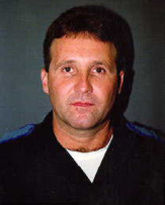 Police Office Douglas E. Kountz was killed on May 2, 1992 in a one car accident while responding to a call for assistance from a fellow officer.

Officer Kountz had only served 11 months with the Mobile Police Department. 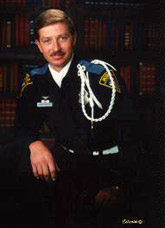 Motorcycle Traffic Corporal Owen P. McClinton was killed on December 13, 1996. Corporal McClinton was enroute to a traffic assignment when his motorcycle was struck by a vehicle. The driver of that vehicle left the scene of the accident.

Corporal McClinton was a 12-year veteran of the Mobile Police Department. On December 23, 1996, the vehicle involved was traced and the owner admitted responsibility. The owner was on parole when he fled the scene. 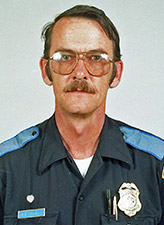 During Mardi Gras in 1993, Corporal Brown responded to a call of a drunk male subject causing a disturbance. When Corporal Brown arrived on the scene, the subject fought him and beat his head against a cement curb. The injuries suffered by Corporal Brown caused him to experience seizures that led to his early retirement.

On March 23, 1997, Corporal Brown suffered a grand mal seizure and died as result. Corporal Brown was 53 years old at time of the incident and had served 26 years with the Mobile Police Department before retiring. 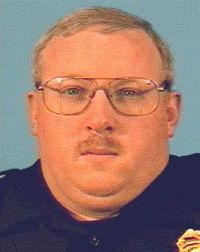 Corporal Thompson was an 18-year veteran of the Mobile Police Department. 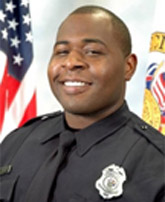 Officer Brandon Sigler was killed June 2, 2009 while serving as a courtesy officer at a West Mobile apartment complex where he resided. He was responding to an altercation in the parking lot when he was shot and killed by an 18-year-old man. Officer Sigler succumbed to his injuries leaving behind a devoted family and fiancé. He served nearly two years with the Mobile Police Department and was assigned to the First Precinct. 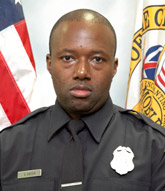 Officer Steven Green was fatally wounded on February 3, 2012 after a 24-year-old robbery suspect stabbed him at the Mobile County Metro Jail. Officer Green  had served for almost two years and was assigned to the Fifth Precinct. He was married with three children 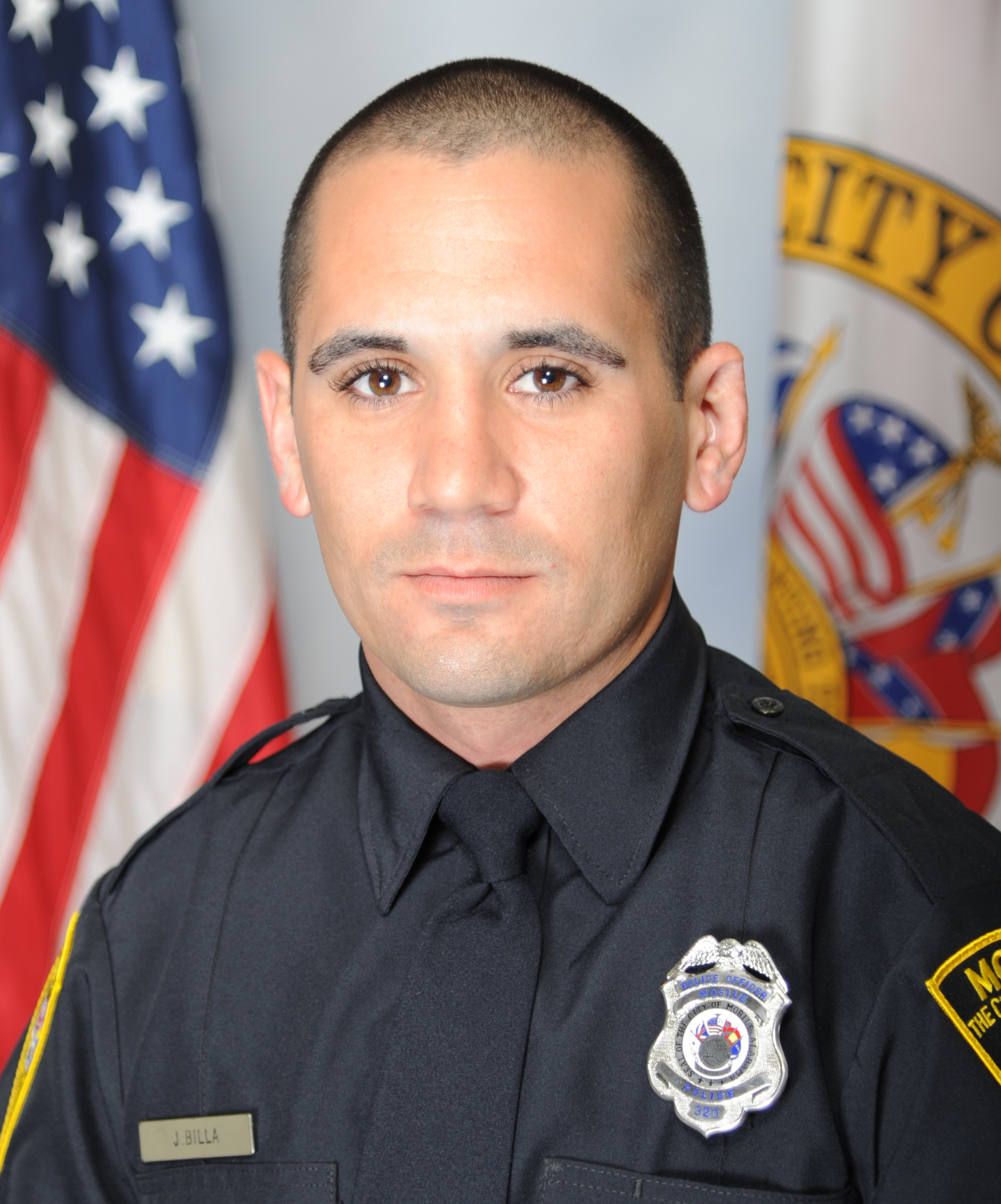 Officer Justin Billa was shot and killed during a homicide investigation at the 2000 block of Avondale Court on February 20, 2018 at approximately 9:50 p.m., The suspect fired multiple shots at officers on the scene and one round struck Officer Billa. Officer Billa was transported to the hospital where he later died. SWAT officers found his killer deceased inside the residence from a self-inflicted gunshot wound. Officer Billa served on the force for two years. He was 27 years old. 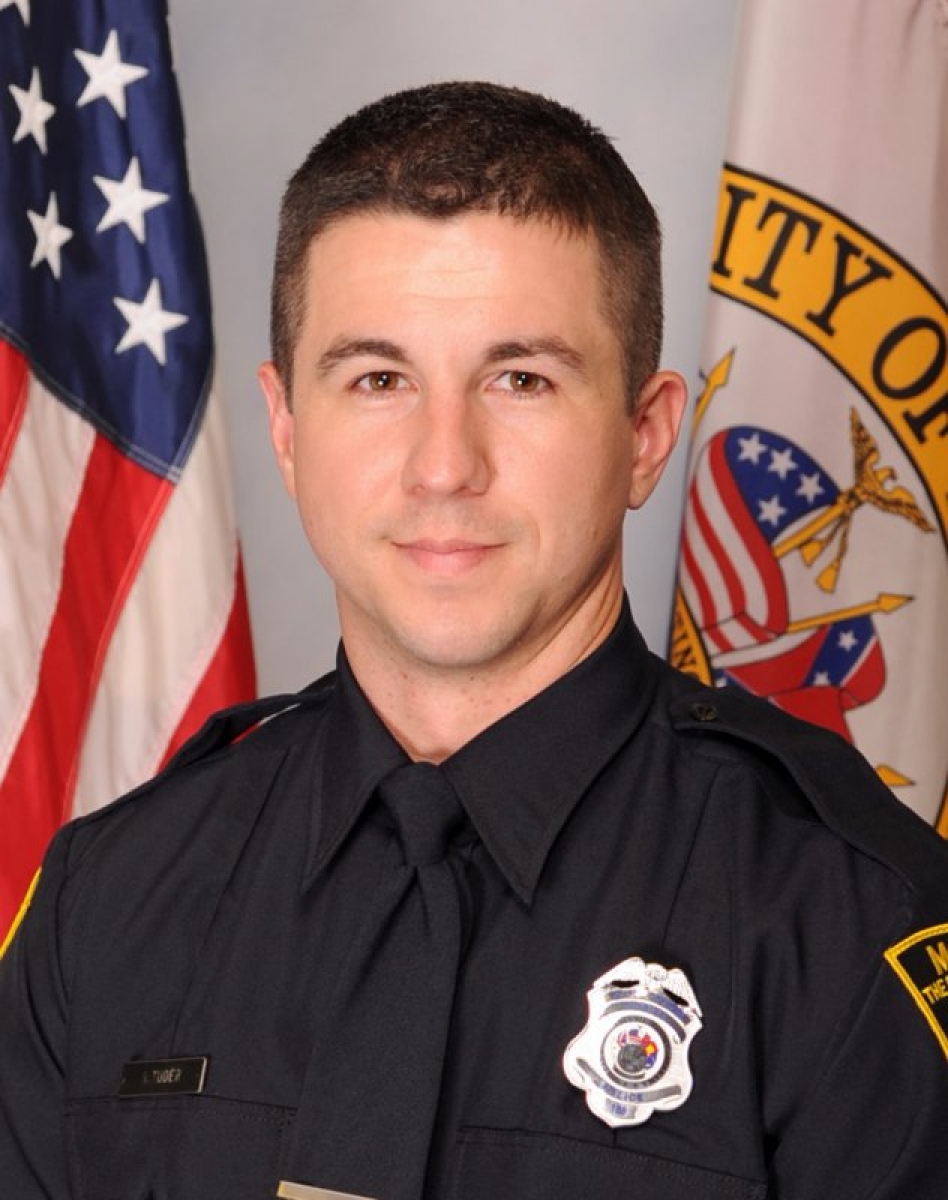 Officer Sean Tuder was shot and killed on Sunday, January 20, 2019. Officer Tuder was scheduled to be off duty that day but when he received information from an informant about the whereabouts of a wanted suspect, he went to the location, Peach Place Inn. Backup officers were dispatched. When Officer Tuder pulled into the parking lot, the suspect approached his car. During a scuffle before backup arrived, the suspect shot Officer Tuder. Officer Tuder was transported to the hospital where he died as a result of his injuries. He joined the Mobile Police Department in March 2016. Officer Tuder was 30 years old.