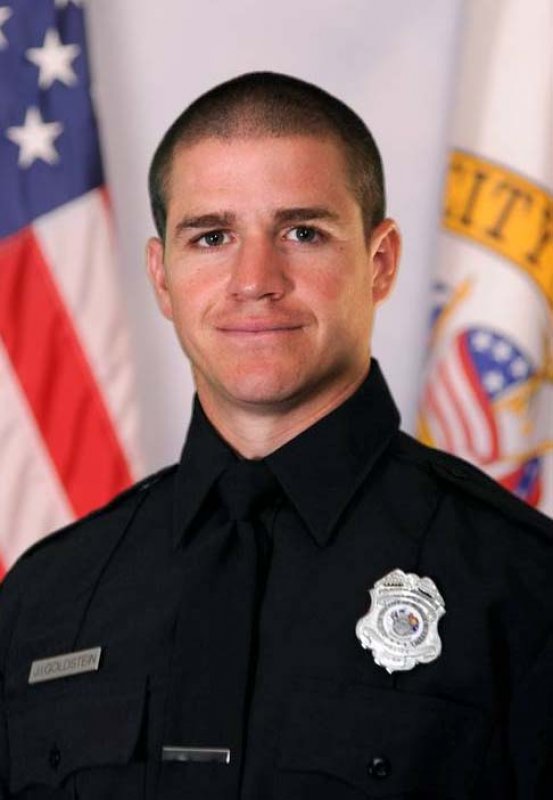 The Mobile Police Department is proud to announce its November 2020 Officer of the Month, Jabin Goldstein. Joining the department in September 2018, Goldstein is assigned to work patrol in the Third Precinct.

He is recognized for getting dangerous drugs off the streets, resuscitating a man who experienced a medical emergency while driving and lost consciousness, and for quickly apprehending a wanted theft suspect. Here are the details of those accomplishments.

On Monday, November 16, 2020 around 12:30 p.m., Goldstein was conducting routine patrol in the area of Peach Street and Dr. Martin Luther King Jr. Avenue. While driving around his beat, he spotted a black Toyota Highlander traveling on Peach Street at a high rate of speed. Goldstein got behind the suspect’s vehicle and noted that the suspect turned right on a red light without stopping and then turned left at another red light.

On Friday, November 20, 2020 around 12:30 p.m., a general investigations detective informed Goldstein that he was looking for a theft suspect. Upon receiving the description of the suspect, Goldstein knew he had seen the man several times in the area of Springhill Avenue and Ann Street. Within 30 minutes of leaving the precinct, Goldstein had located and detained the suspect.

The next day, Goldstein was dispatched to Port City Cleaners, 505 South Craft Highway, in reference to a man possibly struck by a vehicle. When officers arrived, they found the man face down in the parking lot unresponsive. When Goldstein observed that the man was getting paler and not breathing, he began administering chest compressions. The victim then jerked onto his side and soon regained color and became responsive.

Goldstein determined that the man had experienced a medical emergency while driving and lost consciousness. When the passenger pulled him out of the vehicle, both fell on the ground and the vehicle possibly rolled over his leg. Paramedics arrived and the man was taken to the hospital. Goldstein was praised for his quick thinking and quick reaction.

On Wednesday, November 25, 2020, Goldstein conducted a traffic stop on a white Hyundai Elantra for not having a license plate. When he approached the vehicle and asked for the driver’s license, the driver stated he did not have a license.

Through continued search of the vehicle, Goldstein found two sandwich-size baggies, each with approximately 28 grams of marijuana, and a digital scale commonly used in weighing marijuana. These factors led to upgrading the charge to possession of marijuana first degree along with the charge of no pistol permit.

During the month of November, Goldstein answered 96 calls for service and provided backing on an additional 52 calls for service. He made 11 felony and 14 misdemeanor arrests as well as issued 13 citations.