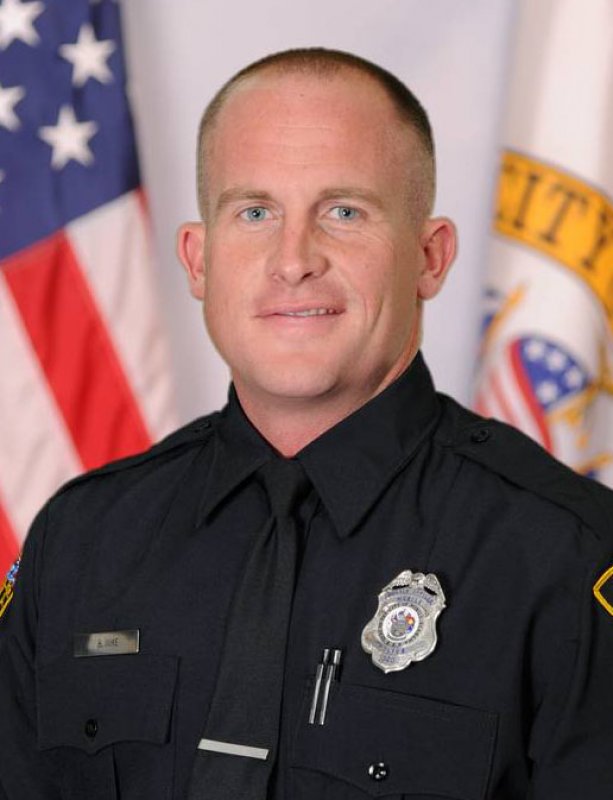 Blake Duke has been named the Mobile Police Department Officer of the Month for May 2019. On the force since September 2018, Duke is assigned as a patrol officer in the Third Precinct. For the month of May, he responded to 90 calls for service, backed on 79 other calls, made seven felony and 79 misdemeanor arrests, and wrote 133 tickets.

Duke is commended for his dedication to remove drugs and stolen guns off the streets of Mobile and clear several outstanding warrants. He made 69 self-initiated proactive policing stops. Here are a few of his notable calls.

On May 2, 2019 at approximately 10:20 p.m., Duke spotted a vehicle without a tag light. He attempted to stop the vehicle at Dr. MLK Jr. Ave. and English St. The vehicle continued down Dr. MLK Jr. Ave. for approximately a quarter of a mile and then turned left onto Live Oak St. The vehicle was occupied by four people. The driver stated he did not have a driver's license. Duke discovered that the driver had six warrants, the front seat passenger had five warrants and one of the back seat passengers had one warrant.

On May 5, 2019 at approximately 8:14 p.m., Duke was flagged down in the area of Sullivan Park by a female. She stated there was about to be a fight at the park. As Duke pulled into the parking lot, he heard a single shot fired. Duke observed a crowd of people running and saw a male with a gun in his hand. Immediately, Duke held the male at gunpoint and commanded him to drop the weapon. The male placed the weapon on the ground, and Duke gave him commands to lie in the prone position on the ground.

He recovered the firearm and was able to place the shooter in custody without any officer or other bystander getting hurt. The shooter was charged with no pistol permit, reckless endangerment and shooting a firearm within the city limits.

On May 29, 2019 at approximately 11:50 p.m., Duke initiated a routine traffic stop at the intersection of Peach St. and Menas Ave. The driver immediately exited the vehicle and attempted to enter a gate at the residence. When Duke commanded him to stop, the driver compiled and walked to the back of the truck he was driving.

The Mobile Police Department will honor Duke at the Officer of the Month Luncheon. It will be held at the Azalea City Golf Course, located at 1000 Gaillard Drive, on Wednesday, June 12, 2019 at noon. The Midtown Optimist Club sponsors the luncheon.