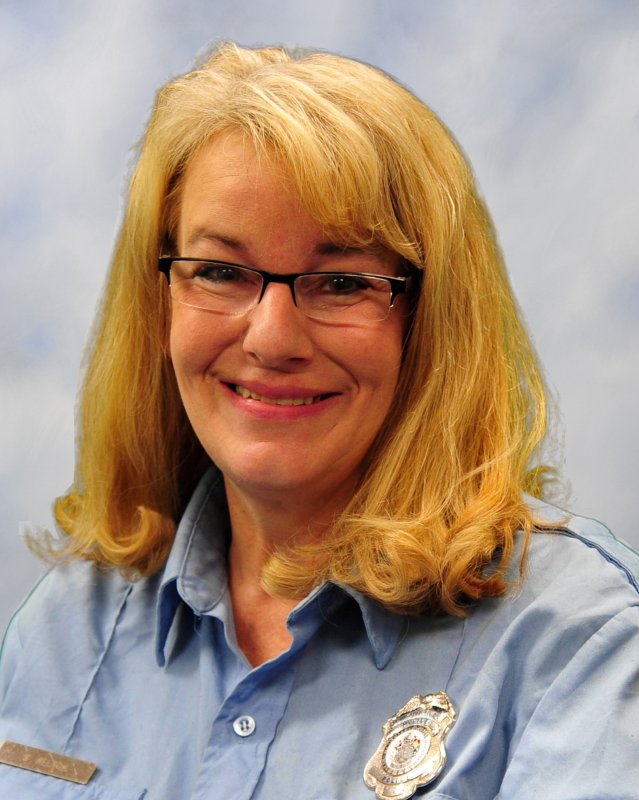 The Mobile Police Department recognizes Stephanie Nelson as the Civilian Employee of the Month for January 2021. Nelson began her career with the department in November 2017. She is assigned to the Second Precinct as a community resource officer. Nelson is praised for going above and beyond to buy a pair of shoes for a citizen in need.

On January 11, 2021, Nelson was on duty at the reception desk. A citizen named Mr. Arrington entered the precinct to resolve two traffic tickets. One of the tickets was for an equipment violation so Nelson stepped outside to inspect the headlights on Mr. Arrington’s vehicle.

During this time, she observed Mr. Arrington’s physical condition and became alarmed by what she saw. One of his legs was partially amputated and he used the other leg to push himself along in a wheelchair. Mr. Arrington’s one usable foot was bare and Nelson could see visible sores and swelling to the foot. The temperature outside was 34 degrees.

Nelson asked Mr. Arrington why he did not have a shoe on to protect his foot. He said that he could not afford a prosthetic leg nor could he afford a shoe due to his nonstandard 16 shoe size.

That evening, Nelson took to social media requesting for friends to help. In a short time she was able to gather enough money to order Mr. Arrington a new pair of shoes.

On Thursday, January 14, 2021, Nelson asked Mr. Arrington to come to the precinct. She presented him with the new shoes free of charge. Mr. Arrington had arrived barefoot, still not able to afford shoes of his own.

For her selfless act of kindness to a citizen she met while representing the City of Mobile, Nelson's supervisor thought this was something worthy of employee recognition.

Nelson said Mr. Arrington is saving the other shoe for when he is able to get a prosthetic leg.