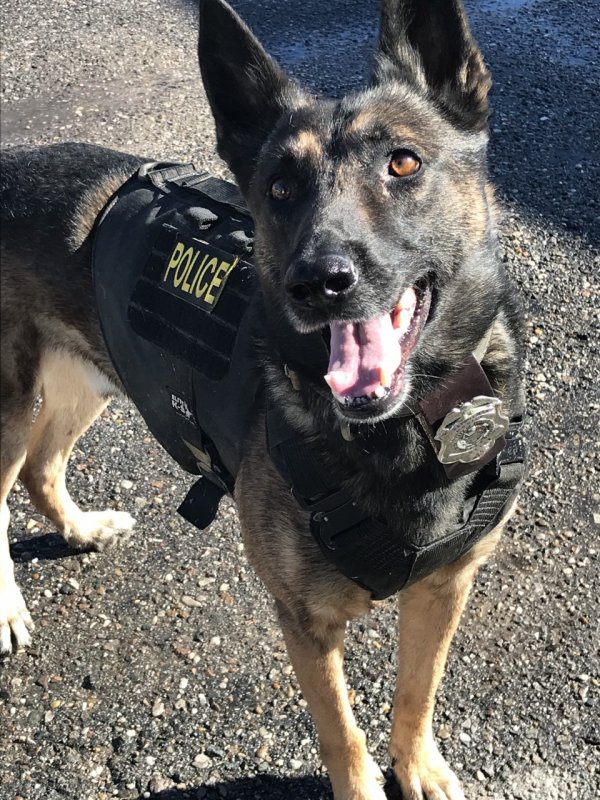 The MPD K-9 Unit earned top awards competing at the 24th Annual K-9 Seminar hosted by the Dothan Police Department. The seminar, held February 3-7, 2020, drew the participation of K-9 Units from all over the southeast region and gave opportunity to compete for the best trained K-9s. It focused on narcotics and explosives detection, patrol apprehension and tracking.

Officer William Byrd and K-9 Masco earned first place in the Narcotics Scramble.  They competed against 54 other teams.

Byrd has been a MPD K-9 officer for five years. Masco is the second K-9 he has trained with since being in the unit. Battiste has served in the K-9 Unit for two years.